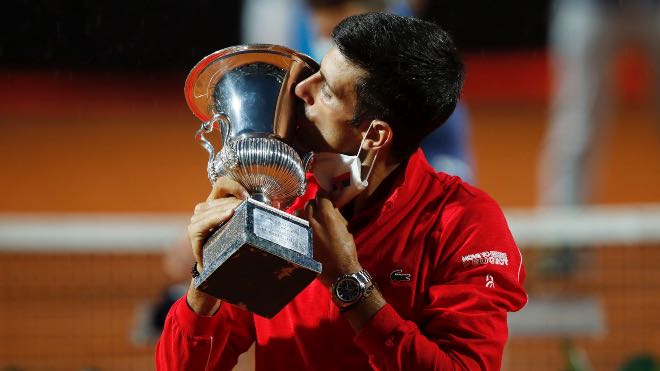 The 33-year-old Serb, after his prolonged comeback with the Italian Open 2020 tournament has left the world speechless with his astounding victory.

Indeed, Djokovic’s recent win is the reason enough to consider that he is an invincible player. After being disqualified from the US Open, which was held recently, he won by 7-5 6-3 in the Italian Open finals to ensure his entry in the French Open 2020.

“I’m super pleased,” Djokovic said. He further added, “It was a great week, a very challenging week. I don’t think I played my best tennis this week but I think I found my best tennis in the decisive moments. I’m proud I managed to needed to find that fifth gear when I needed to.”

The spectacular highlight of the Italian Open final that the fans witnessed on Monday night, was when the 33-year-old Serb gradually slammed his Argentinian opponent – Diego Schwartzmann by 7-5 6-3 at Rome’s Foro Italico.

Witnessed by approximately more than 1,000 fans, Djokovic kickstarted the tournament with a poor start against Schwartzman, and soon after by being in the headlines for his furious temperament.

The French Open starts on Sunday, with Nadal seeking a record-extending 13th men’s singles title in Paris. As per the speculation, the fans are eager to watch their favorite tennis icons, Rafael Nadal and Novak Djokovic in one on one combat in the French Open 2020.