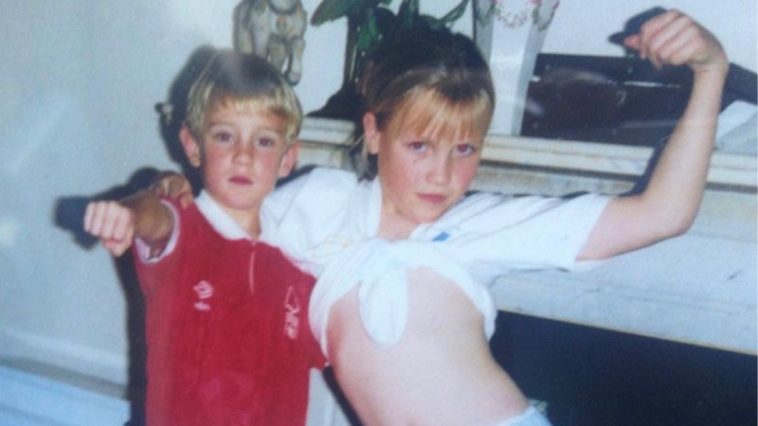 England bowler Stuart Broad took Instagram to post a throwback picture of his childhood in Nottingham Forest shirt alongside his sister, Gemma Broad.

Broad is an all-time Forest supporter and lives near the Nottingham City Ground. In the photo, we can see Broad wearing a classic Forest T-shirt while her sister Gemma is flexing her arms.

Loving the @officialnffc favourite kit voting today. Found a ? of my 1st ever Forest shirt ?⚪️ (Sister won’t be happy.) Send me some pics on stories of your 1st ever football kits bet there will be some classics!