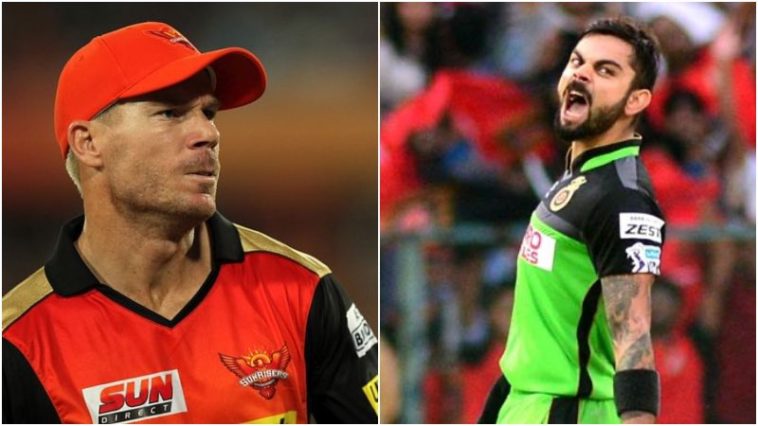 On Thursday in an Instagram live chat with his IPL opening partner Jonny Bairstow on the show ‘Warner’s Corner’ when asked about the difference between SRH (Sunrisers Hyderabad) and other IPL teams. David Warner took a dig at Virat Kohli and RCB and said, “Bangalore don’t have an IPL Trophy. I hope Virat (Kohli) is watching,” said Warner.

On Friday, Virat Kohli was in an Instagram live chat with his RCB teammate AB de Villiers. During this chat, Virat Kohli said, “There are people who take a dig at us [for not winning the IPL].”

“But the one thing that never changed was why to play the game and the love that we have for it; be determined and not be obsessed about the result,” he added.

Further taking to AB de Villiers, Virat Kohli said that he doesn’t want to play for any IPL team.

“It has been such an amazing journey. It will always be our dream, winning the IPL together. There is no scenario where I could think of leaving the team ever. You can feel emotional about the season not going well, but till the time I am playing IPL, I am never leaving this team. The fans, their loyalty has been amazing,” Virat said to ABD.