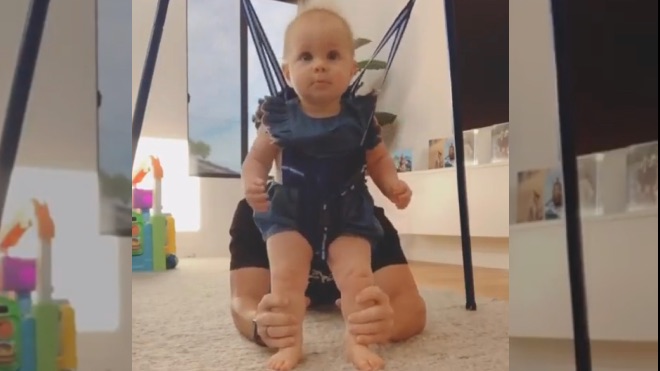 Australian cricketer David Warner has been entertaining his fans throughout this lockdown. Today David Warner shared an Instagram video where he is making his youngest daughter Ilsa dance.

In the video, we can see David Warner making his daughter dance by holding her legs while his daughter is enjoying the moves. While sharing the video, Warner wrote “Poor Isla ?? #chacharealsmooth @candywarner1” in the caption.

A few days ago Warner had posted a video on his Instagram account in which he is training with his eldest daughter Ivy Mae in boxing.