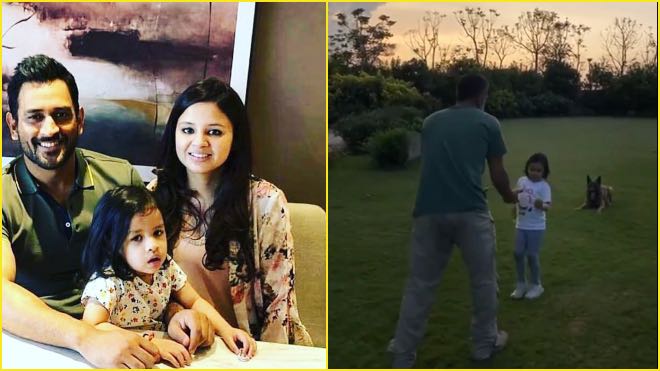 With Indian Premier League put on hold because of coronavirus pandemic, most players are active on social media to interact with their fans. But former Indian captain Mahendra Singh Dhoni has been away from social media and spending quality times with his wife Sakshi, daughter Ziva and family.

On Tuesday, Chennai Super Kings shared a video where Dhoni is seen playing with her daughter, giving catching practise to his pet dog. The entire family is having an evening time in the lawn at his Ranchi farmhouse where MS Dhoni is practising social distancing and self-isolation.

Sakshi earlier also did a live session on Instagram where Dhoni was seen giving his daughter Ziva a bike ride inside his farmhouse.

2019 Cricket World Cup semifinal was last international cricket MS Dhoni had played. Dhoni was geared up to return to the cricketing field in the 13th season of Indian Premier League (IPL 2020) which was scheduled to start from March 29. Then it was deferred till April 15, but later it was suspended for an indefinite period.