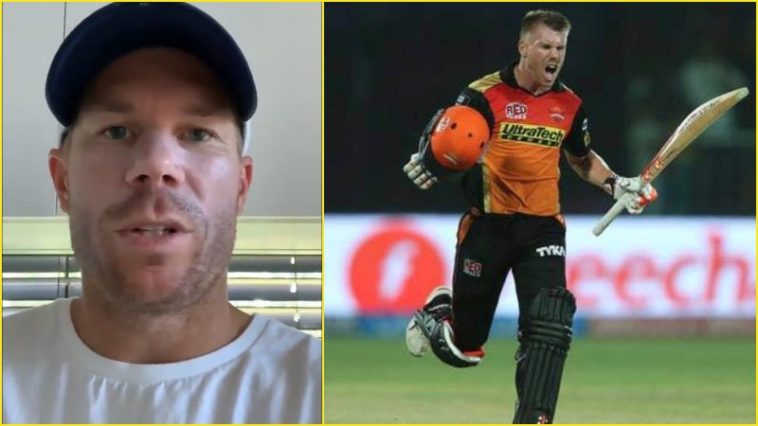 Winning IPL title in 2016 is my favourite memory: David Warner

Australian opener David Warner’s favourite memory was of winning the IPL 2016 title, he revealed in a video posted by Sunrisers Hyderabad official account.

David Warner was leading the Sunrisers Hyderabad in the 9th season of Indian Premier League (IPL 2016) and won the title after defeating Royal Challengers Bangalore (RCB) in the finale.

“My favourite IPL memory is when we won the IPL in 2016, we had a very good tournament, the best thing was we won a lot of close games, it helped in developing a sense of belief within the side. A lot of credit goes to our coaches and mentors at that time,” Warner said in the twitter video.

In IPL 2016, David Warner led his team from the front, had 858 runs under his name most by any overseas batsman in IPL. Also in IPL 2016 final, he played a brilliant knock of 69 runs. In the same season, he was second-highest run-scorer of the season behind Virat Kohli’s 950+ runs mark.

“We came up against RCB in Bangalore in the finals, we knew how well Virat went in that edition, he scored 900 odd runs in the finals, it was about backing ourselves, we won the toss and elected to bat first, I felt like a team our best attribute was defending the totals,” Warner said.

”We managed to do that, Ben Cutting I think scored 28 runs off the final over, my heart was in my mouth when Virat and Gayle were going all guns blazing. But we got quick wickets and we went on to win the final, it is one thing I will cherish for the rest of my life,” he added.