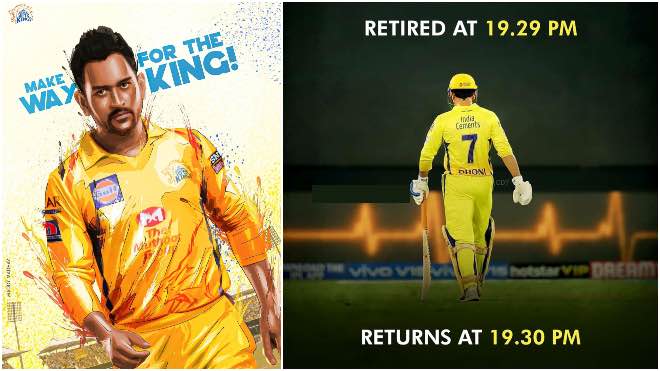 Chennai Super Kings (CSK) skipper MS Dhoni will soon be back in action in the Indian Premier League (IPL) 2020. Fans worldwide rejoiced as soon as the news circulated across twitter as they will be able to see their cricket idol after a year-long hiatus. The 2020 version of IPL will be starting from September 19 till November 10 in the UAE— Dubai, Abu Dhabi, and Sharjah.

Dhoni will be seen in the CSK vs Mumbai Indians (MI) match, which would mark his first appearance since Team India’s defeat in the ICC World Cup 2019 semi-final against New Zealand.

However, the Dhoni-led CSK and Rohit Sharma captained Mumbai Indians might miss the crowd support as batsman Suresh Raina and off-spinner Harbhajan Singh will not be seen during this season of IPL 2020. Both the players have decided to opt-out of the tournament due to personal reasons.

The “Captain Cool” fans took to Twitter and started trending ‘#WelcomeBackDhoni’ on Twitter on Friday – September 18, which surpassed approximately more than 80,000+ tweets. Some of the tweets are as below:

Here’s wishing our ‘Captain Cool’ a super season ahead. Let’s get back behind our Lions.??? #WhistlePodu #Yellove #IPL2020 pic.twitter.com/Jy0weQPI3m

Furthermore, the replacement for Raina has not to be revealed yet. As cricketer Ruturaj Gaikwad will not be leading the campaign, it is speculated that Kedhar Jadhav might be batting as No. 3. Thus, team CSK has the option of opening the match with some of the eminent ex-pat players such as Faf du Plessis and Watson.

Lungi Ngidi or Josh Hazlewood could represent the bowling department of the team. CSK is relying on the South African Imran Tahir while Mitchell Santner of New Zealand regarding the spin bowling.