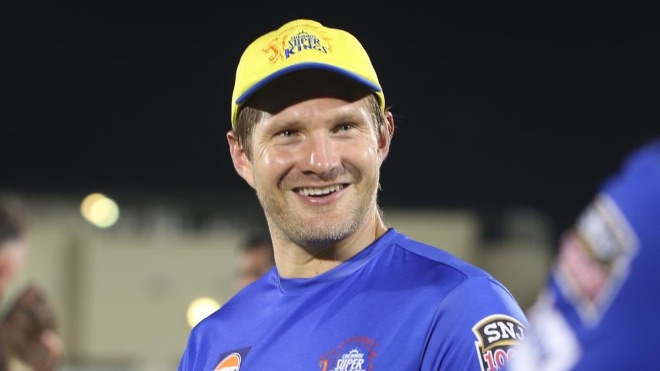 Shane Watson announces retirement from all forms of cricket

Shane Watson, the former Australia all-rounder and Chennai Super Kings (CSK) opener, formally announced his retirement from all forms of cricket on Tuesday.

The 39-year-old released a video announcing his retirement on Tuesday. Shane Watson tweeted the video with the caption, “This closing chapter is going to be so hard to top, but I am going to try. I truly am forever grateful to have lived this amazing dream.”

As one amazing chapter closes another very exciting one opens.
I am so incredibly grateful.#thankyouhttps://t.co/UONVFc5WQz

“It all started as a dream as a young kid saying to my Mum, as I watched a Test match, that I want to play for Australia. Now as I officially announce my retirement from all cricket I feel crazily lucky to live my dream,” said Watson.

“To think that I’m finishing my playing days as a 39-year-old, after all of my injury setbacks that I had along the way, I feel so ridiculously fortunate,” he added.

In Tests, Watson scored 3731 runs and picked up 75 wickets, and scored 5757 runs and scalped 168 wickets in ODIs to finish his career as one of the leading all-rounders of his era.