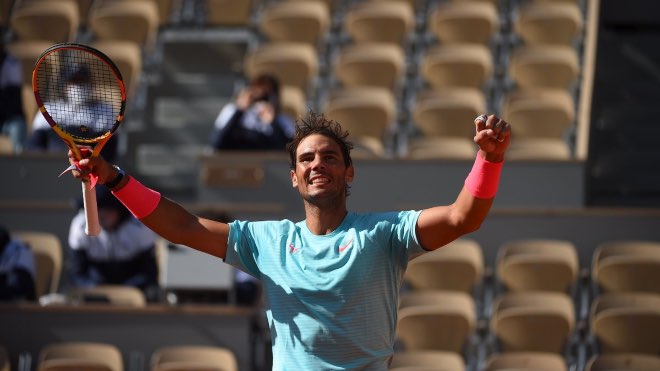 Rafael Nadal won his 99th match against Diego Schwartzman with a series of 6-3-6-3-7-6 during the Roland Garros 2020. Nadal will be seen against the 33-year old Serb Novak Djokovic for the finale.

Exactly three weeks earlier, the 34-year-old had to experience a defeat from Schwartzman during the Italian Open 2020 quarterfinals, thus this particular win has certainly set the scores right.

However, the first match between the two tennis stars at the Philippe Chartier lasted for an hour that was eventually won by Nadal. Schwartzman clearly struggled to reciprocate the ferocious hits by the Spaniard this time.

Although, Nadal was quite discontent with the rescheduling of the tournament that was initially scheduled for the month of either May or June 2020, however, had to be postponed due to the pandemic. He highlighted the unusual weather condition and the ‘dangerous’ quality of the balls that were used in the tournament.

Nadal stated, “probably the most difficult conditions for me ever in Roland Garros for so many different facts.”

Whilst Nadal is busy celebrating his impeccable win and training for the upcoming match, the indisputable king of the Grand Slams, Roger Federer has been recuperating from the knee surgery that took place during February 2020.