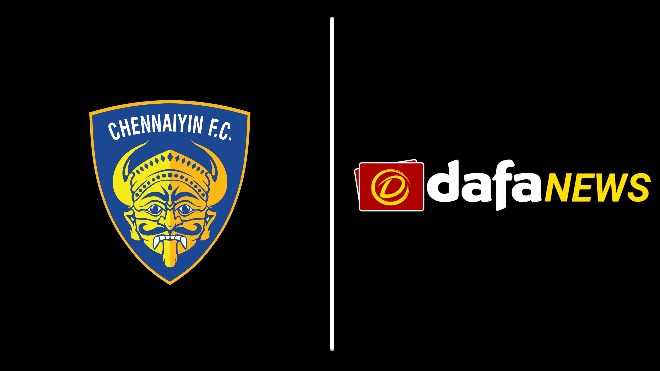 Chennaiyin FC ropes in DafaNews as Principal Sponsor for the second consecutive year for the seventh season of Indian Super League (ISL 2020-21), following a successful association in the 2019-20 season. DafaNews will continue appear on the back of the CFC jersey for the entirety of the 2020-21 campaign.

“It is a pleasure to have a leading brand like DafaNews continuing to back us, quite literally, for a second year running. It shows the reliability they see in partnering with us, especially given the memorable run we had in the previous season. We thank them for the continued support and look forward to more success in the time ahead,” said CFC co-owner Vita Dani on the renewal with DafaNews.

“After a productive first season we had with Chennaiyin, we’re happy to continue for a second year. We see great merit in continuing our association with brand CFC, in what will also be a unique campaign played out in Goa,” said Nikos Diakoumopoulos, Managing Director, DafaNews, on the news of continuing their association with CFC.