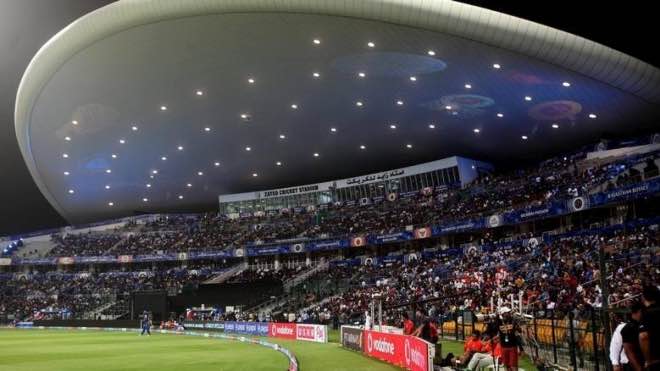 Emirates Cricket Board (ECB) is in talks with the UAE government to allow spectators inside the stadium in the 13th edition of the Indian Premier League (IPL 2020) starting from September 19. The IPL 2020 is coming close and three IPL teams; KKR, RR and KXIP have arrived in UAE.

Speaking to the CricketNext, ECB General Secretary Mubashshir Usmani said, “As hosts, Emirates Cricket Board will work closely with the authorities to seek approval on what protocols need to be followed.”

“This includes fan attendance, we will then discuss with the BCCI to assess their spectator requirements. We want our Asian diaspora, as well as the other ex-pat and Emirati sports-loving fans in the UAE to be able to watch the action from the stands,” he added.

Allowing fans inside the stadium will require additional guidelines which will be provided by the UAE authorities, then BCCI can issue ‘Standard Operating Procedure’ (SOP) to the franchise.

“The authorities will provide both us and the BCCI with the UAE safety guidelines in a timely manner which the teams and officials will follow. The SOP surrounding the arrangements are currently being prepared by these experts and once the authorities provide us with the finalized guidelines we can implement,” he added.

“The BCCI have made their decision as to the city-base for each team. We have three world-class stadia in Abu Dhabi, Dubai – which hold the record for the most T20I matches – and Sharjah – which hold the record for the most ODI matches – additionally Abu Dhabi and Dubai have 2 adjoining ovals. All three venues have access to world-class practice facilities where in Dubai the ICC Academy has the world’s most comprehensive practice facility,” he said.