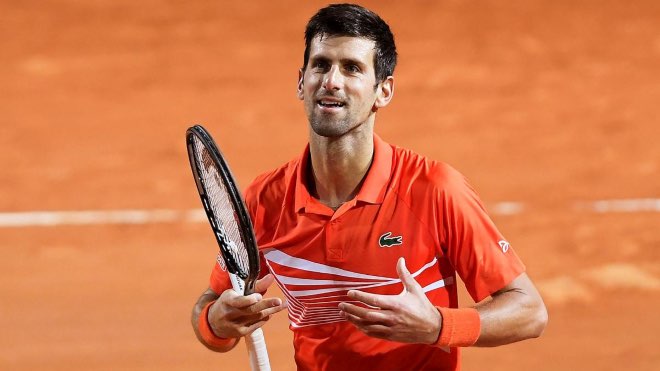 Djokovic and his temper often create a hurdle in paradise for this international tennis superstar. A few weeks ago, he was defaulted from the US Open and was also warned by the chair umpire for breaking his racket.

Recently, in midst of the Italian semi-final, fans were left astounded when Djokovic received an obscenity warning regarding his win over the Norwegian player Casper Ruud. Furthermore, what made the entire incident more concerning was that there were a lot of children who were attending this event, and Djokovic was quite audible by the spectators.

As per the reports, there were approximately more than 1,000 fans at the Foro Italico.

“I don’t want to do it, but when it comes, it happens,” Djokovic said on Saturday. He further added, “That’s how I, I guess, release sometimes my anger. And it’s definitely not the best message out there, especially for the young tennis players looking at me. I don’t encourage that — definitely.”

Casper Ruud has been trained by the Rafael Nadal’s academy, due to which this Norwegian is certainly a tough competition to deal with, furthermore, this is not the first incident when Djokovic’s temperament has backfired against him.

The obscenity warning was given to Djokovic during the third game of the second set.