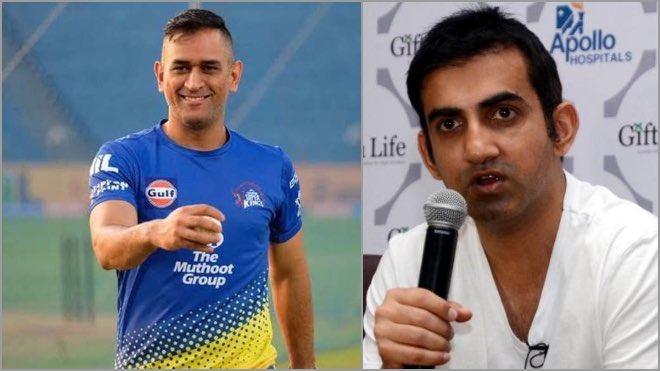 On what basis can MS Dhoni be selected?: Gautam Gambhir if IPL 2020 doesn't happen

The buzz about the 13th season of Indian Premier League will happen or not are all around, along with it there are all kind of speculation going on whether MS Dhoni will make a comeback to Indian side if IPL 2020 is not played.

Gautam Gambhir has questioned the basis of MS Dhoni comeback. Speaking on Star Sports’ Cricket Connected chat show, Gambhir said, “If the IPL does not happen this year, then it will become very difficult for MS Dhoni to make a comeback. On what basis can he be selected since he’s not been playing for the last one or one and a half year.”

Further talking he suggested K.L. Rahul as MS Dhoni replacement accepting the fact that Rahul is not as good as Dhoni with gloves.

“The apt replacement for Dhoni could be KL Rahul. Ever since he has donned the ’keeper’s gloves in white-ball cricket, I’ve seen his performance, both batting and ’keeping. “Obviously his (Rahul’s) keeping is not as good as Dhoni’s, but if you are looking at T20 cricket, Rahul’s a utility player, can keep and bat at No. 3 or 4,” added Gambhir.

“If the IPL does not happen, then MS Dhoni’s chances for a comeback look dim. Ultimately, you are representing India, so whoever dishes out the best performance and can win the match for India should play for the team,” he said.